We Asked a Private Investigator How to Catch the ‘Affluenza Teen’ 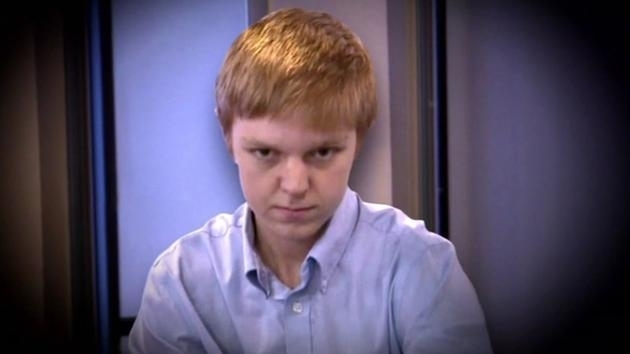 Earlier this month, Ethan Couch, the teen known nationwide as the “Affluenza Teen,” stopped reporting to his parole officer and was deemed missing in Texas. Couch famously ducked prison after killing four people in 2013 while driving drunk, partly because his shrink said he was a spoiled brat and didn’t know any better.

Authorities now believe he may have fled the country with the aid of his mother.

Tarrant County Sheriff Dee Anderson has suggested a video posted to Twitter that showed a smiling, partying Couch playing beer pong with his bros—an apparently brazen violation of parole—spooked the kid into thinking his freedom might soon be compromised. The tip line set up by the Anderson’s office has apparently been blowing up, aided in part by the intense media spotlight on Couch. Last week, a Wanted poster for the teen was issued, and $5,000 is being offered for information leading to his arrest.

All of which is to say authorities very well may smoke this dude out of his hole soon.

For how they’re likely to do that, we hit up Dave Cohen, or “Double O” Dave—a private investigator with 25 years experience under his belt. With investigative branches in Dallas, Fort Worth, and Houston, Cohen’s business has a few different divisions, but his “deep skip-trace unit,” he tells VICE, stays quite busy, and is a vital part of how he makes a living. “I’ve been helping find people who have disappeared like a fart in the wind for 25 years now,” he explains while driving from Texas to Illinois for the holidays.

Cohen is from Chicago originally, and got his bachelor’s degree in criminal justice from the University of Phoenix after a stint working in Naval Intelligence. He never served as a police officer, and instead went straight into PI work. “To be a cop, in my opinion, they generally hire guys that are less intelligent because they’re looking for robots,” says Cohen, a self-confessed nerd and math wiz.

“The first thing I do when someone brings a missing person case to me is ask about 50 questions,” Cohen explains of his method. “Intimate questions. Questions designed to get into the mind and body of the person who has disappeared. You really need to understand their life. What did this person do for a living, do they drink, what kind of food do they like, what kind of games do they play, are they an extrovert are they an introvert?”

Based on Couch’s past, we clearly know he likes to drink. And based on his age and past hubris, Cohen believes his possible use of social media and phone records may lead to his ultimate capture. “These kids, they can’t not send a million texts a day,” Cohen says. He also believes the same “affluence” that helped Couch avoid prison may lead him into the arms of the law, and that his possible arrogance may drive him to make a dumb move like turn up at another party, call or text someone he shouldn’t, or even brag about being on the lam.

“I just investigated a guy who was selling drugs out of an ice cream truck to minors,” Cohen says. “I found him because he was still using Twitter to promote his supposed rap career. People are who they are, even when it’s better for them not to be.”

Between the Sheriff’s Department of Tarrant County, the Texas Rangers, and the FBI, the Law has an incredible amount of resources available to go after Couch. At their disposal, according to Cohen, are phone records, current DMV registration, camera systems, among other things. If, as Sheriff Anderson speculated last week, Couch has fled the country, they will have access to every flight manifest of every plane leaving the ground, which they can search easily. Beyond that, “You can’t leave or come into the United States of America post-9/11 without swiping a passport,” he says.

Cohen suspects that the agencies on the lookout have no doubt already contacted airlines and the Federal Aviation Administration with the command to be notified immediately if the teen or his mother scan a valid passport. He dismissed the idea that their wealth could make it easier for the two to obtain a really great fake passport, as falsifying federal documents tends to carry a stiffer penalty than the parole violation, and the kid clearly isn’t one for taking punishment. “Too risky,” Cohen argues. (The latest reports suggest that, if and when he is recovered by police, Couch will only face charges for violating his probation.)

Couch’s mother, Sheriff Anderson has already speculated, will likely be charged if it is found that she harbored or helped her son allude authorities in any fashion. But according to Cohen, it’s the boy’s father who may prove key to bringing this teen prick to justice.

“You monitor those closest to the kid day and night. You sit on them. You monitor his calls, and trail him. They will have contact with him eventually,” Cohen says. “When they do, game over.”